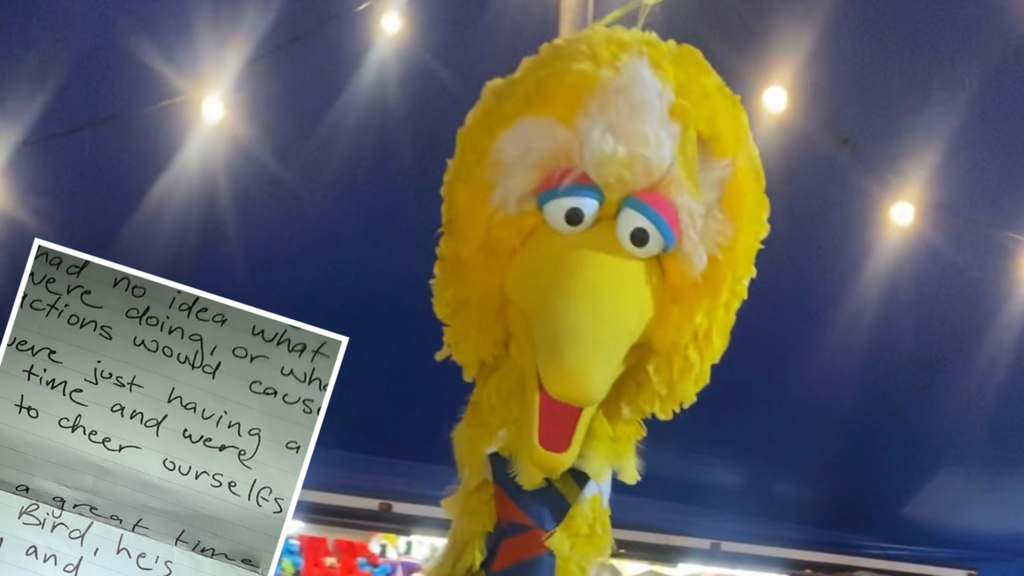 A Big Bird costume stolen from a circus in Adelaide has been returned days after bandits took off with the outfit.

Two males were seen returning the bright yellow costume near Bonython Park, in north west Adelaide, where it had been taken from over the weekend.

Police were called to the scene just before 5am on Wednesday and found the outfit dumped by an electricity box.

A handwritten note apologising for the theft was left in the bird’s beak.

“We had no idea what we were doing or what our actions would cause.

“We were just having a rough time and were trying to cheer ourselfs (sic) up.

“We had a great time with Mr Bird, he’s a great…