A 93-year-old man has died after he was hit by a truck at Clearview, in Adelaide’s north, on Thursday morning.

Police and paramedics were called to the scene on Hampstead Road near Windsor Avenue at about 10:45am.

The man, who lived in Clearview, was taken to the Royal Adelaide Hospital in a critical condition.

He died in hospital today.

The truck driver, a 40-year-old man from Angle Vale, was not injured in the crash but was taken to hospital as a precaution.

Police have asked for anyone who witnessed the crash who has not yet spoken to them to contact Crime Stoppers.

The man’s death is the 37th life lost on South Australian roads this year,…

Selfish driver more than four times over the limit 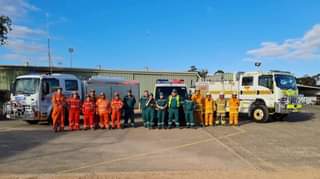